Carl Thompson
The Evolution of a Bass Maker
by Joy Portugal 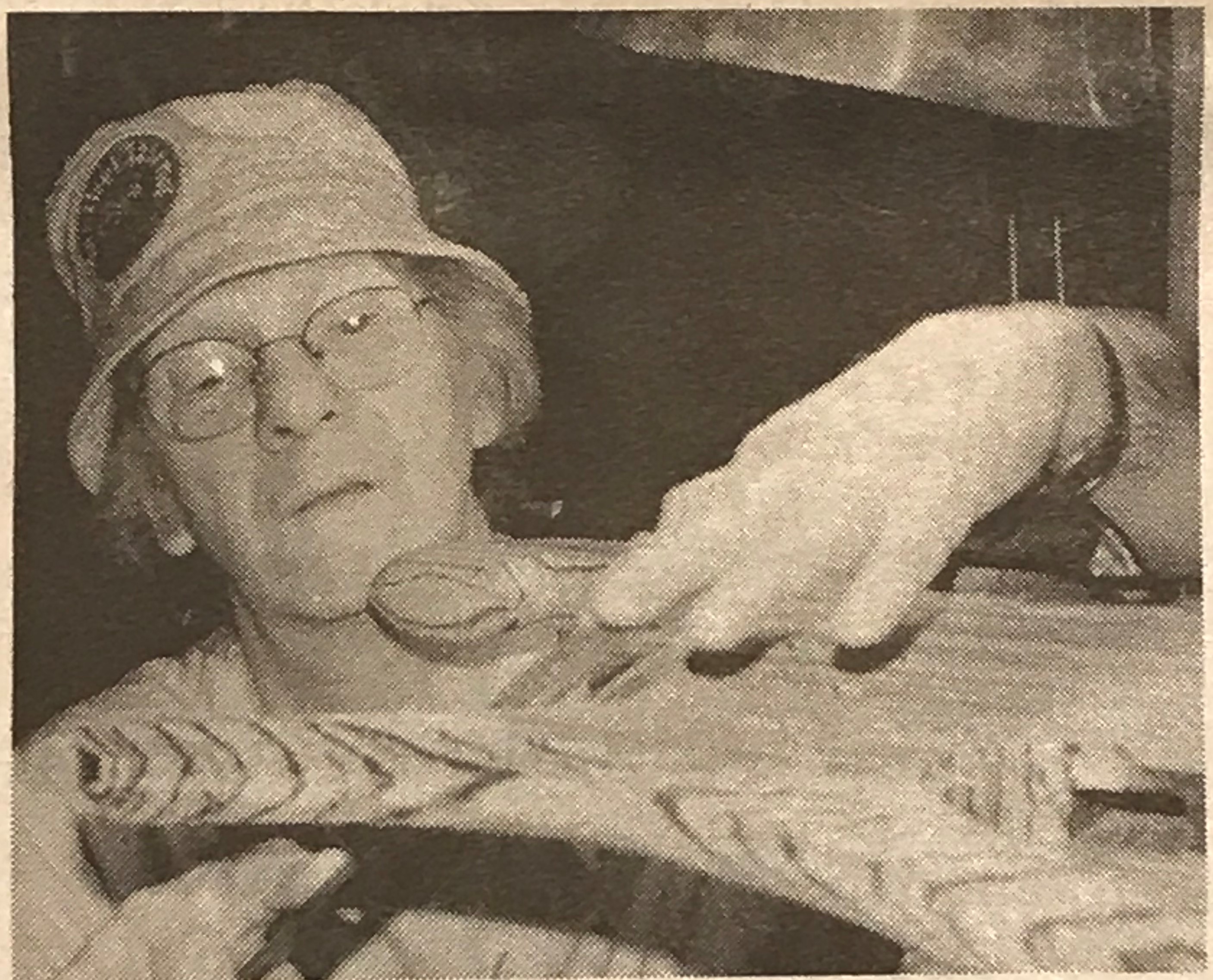 Carl Thompson grew up in Pitcairn, Pa., a little town about 25 miles east of Pittsburgh, and has been playing the guitar since he was seven years old. Early in his professional career he was the guitar player with Billy Ward and the Dominoes until he was drafted; he was musical director/arranger of the Third Division glee club during his tour of duty in Germany. In 1967, at the urging of his childhood friend, bassist Russell George – the two grew up in the same neighborhood in Pitcairn – he moved to New York, where he began playing gigs and working as a repairman for Danny Armstrong.

“Everybody in the rock ‘n’ roll business at that time came into Danny’s shop on 48th Street. The Allman Brothers, Frank Zappa, Eric Clapton, Paul Simon, etc. While working at Dan’s shop I also got to meet all my “heroes” and work on their guitars – Kenny Burrell, Jim Hall, Tal Farlow, Grant Green and the studio players: Barry Galbraith, Allan Hamlon, George Barnes, etc. Hey, I even worked on some of Les Paul’s own guitars,” Thompson told Allegro. “Imagine – the kid from Pitcairn in the big time.

“Eddie Diehl – probably one of the greatest jazz guitar players who ever lived – was working for Danny at that time. I watched him work and Eddie talked to me and helped me with things. And the next thing I knew, I was doing it. Later, I set up a little shop where I did repairs and setup work on guitars and basses.” In the early ’70s, a loan from the Local 802 Credit Union helped him buy wood and some tools.

In 1974 Thompson was asked to double on bass on a gig in Bay Ridge, and borrowed one of Bob Cranshaw’s Fender basses. “I played three nights on it – Friday, Saturday and Sunday – and on Monday morning I came into my shop and decided to see if I could build an electric bass with a better balance and a more comfortable playability. I got a book from the library on the life and work of Antonio Stradivarius – not that he ever made an electric bass, but he sure knew about building musical instruments.”

When he first got started on this project, Thompson says, his friends tried to dissuade him. “They said, ‘We’re all playing Fenders. They’re okay.’ I said, ‘It’s not that they’re okay. I think you guys have just gotten used to playing on them.’

“Before I made that first instrument I had never used a gouge or any kind of carving chisels. I can assure you that first bass was a real project. (I still have the number one bass and the number one guitar.) After I’d made a few instruments my friend Stanley Clarke wanted me to make him a piccolo bass, something tuned up an octave higher. When he came out with his hit album, “School Days,” he mentioned my name in the liner notes, thanking me for building the piccolo bass, and he almost singlehandedly made me somewhat of a famous bass maker.

“Around the same time Anthony Jackson, a very hot studio player, had an idea for a six-string bass: the regular bass – E, A, D, G – plus a low B and a high C string. We built that first six-string for Anthony, and now all the major companies build six-string basses. “At the beginning a lot of my friends, guitarists and bass players, spread the word – and the next thing I knew, I was making a lot of basses for rock, jazz and studio players. It just became my life.” 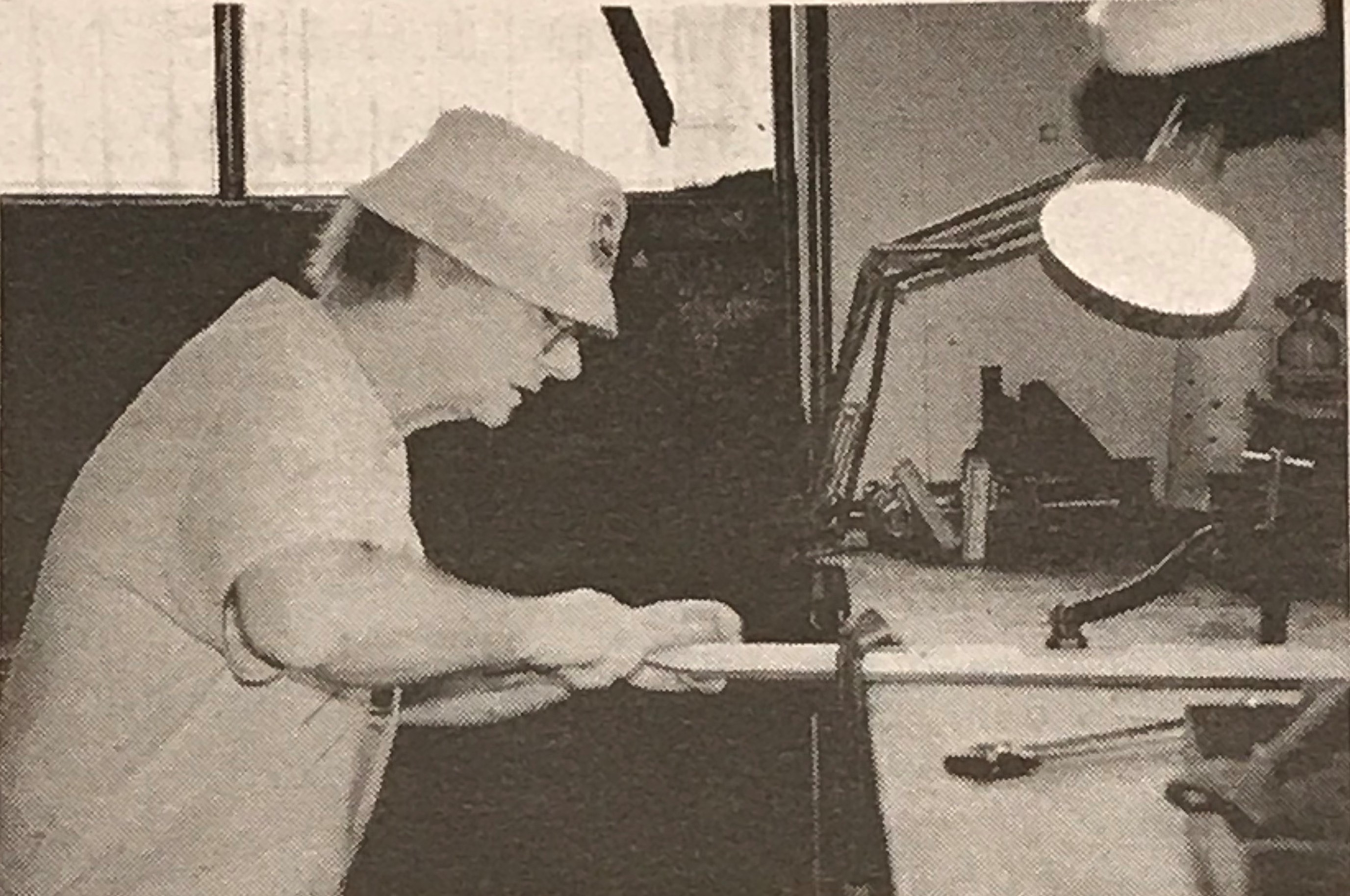 Thompson recalls that, in the late ’80s, “I was almost ready to stop building. Then Les Claypool of Primus came along and I made him a very fancy six-string fretless bass. A few years later, Bass Player magazine had a picture of Les playing that bass on the cover, and I’ve been busy ever since.” Claypool recently sent him a gold record, when the band’s latest album sold 500,000 copies.

Despite the fact that he doesn’t advertise, “I’m always backed up,” Thompson says. “And I don’t have any big machinery of any kind, no computerized routers. I work with regular tools. I hand carve all the bodies; make the necks, everything.

“A lot of builders talk about the molecular structure of the wood or how, if you use too many glue joints, you zap the energy from the wood, or this kind of bridge gets a certain sound, or this pickup is better than that one, or whatever. I haven’t got a clue. All I know is, it either is or it isn’t. If it isn’t, I just keep working on it until I think it is. And when I think it is, I turn it over to you – and if you think it is, then we’re both happy.”

Thompson’s ability as a builder is probably related to the fact that “my dad had this incredible mechanical mind – a machinist, a woodworker, an electronics whiz and, I might add, a pretty fair musician. My five brothers were all very mechanical, also. I was the only one in the family that didn’t get into all of that. I just wanted to play the guitar. I guess it was in my genes and just came out later when I started building.”

Most important, he says, “is that I grew up in a family that nurtured me and encouraged me in whatever I was going to do. And if the music business were different, I’d probably still be playing. But at the time when I made that first bass, things were changing. A lot of little clubs were disappearing and the recording business was changing. 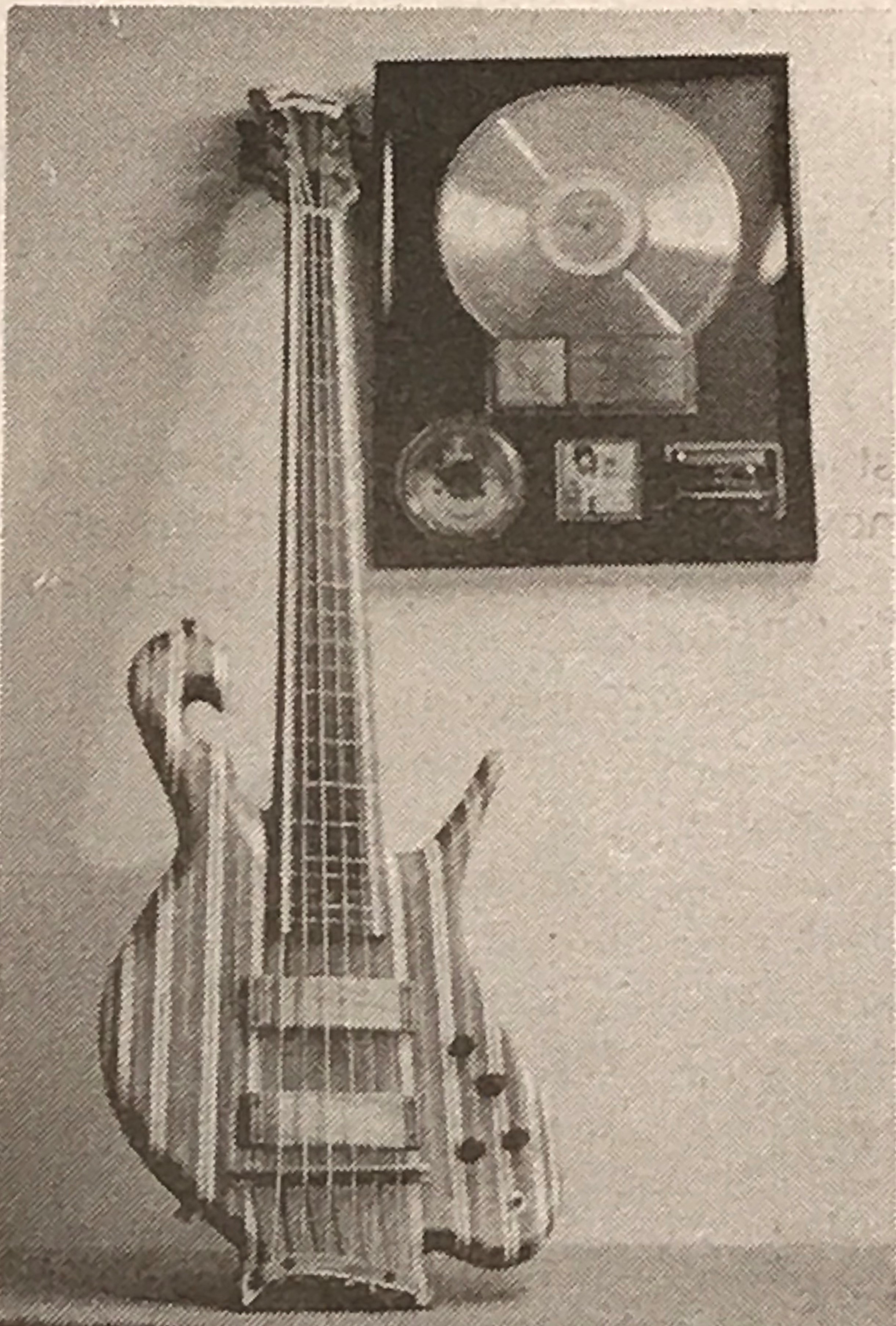 “My life now is building instruments and teaching. When a gig comes along where I can invite my friends and we can just get together and play, fine. But I still practice every day. I’m very serious about playing even though I’m not on the scene, like I was at one time. When I practice I get so focused that no matter what happens – whether the wood doesn’t work right or the phone bill’s due, whatever- it puts me in a zone where I can get done whatever has to get done, and no one can hurt me for the whole day. When all’s said and done, for me it’s just the music.

“P.S, I’d like to thank Russell George, my friend and musical mentor, for encouraging me to come to New York in the first place.”