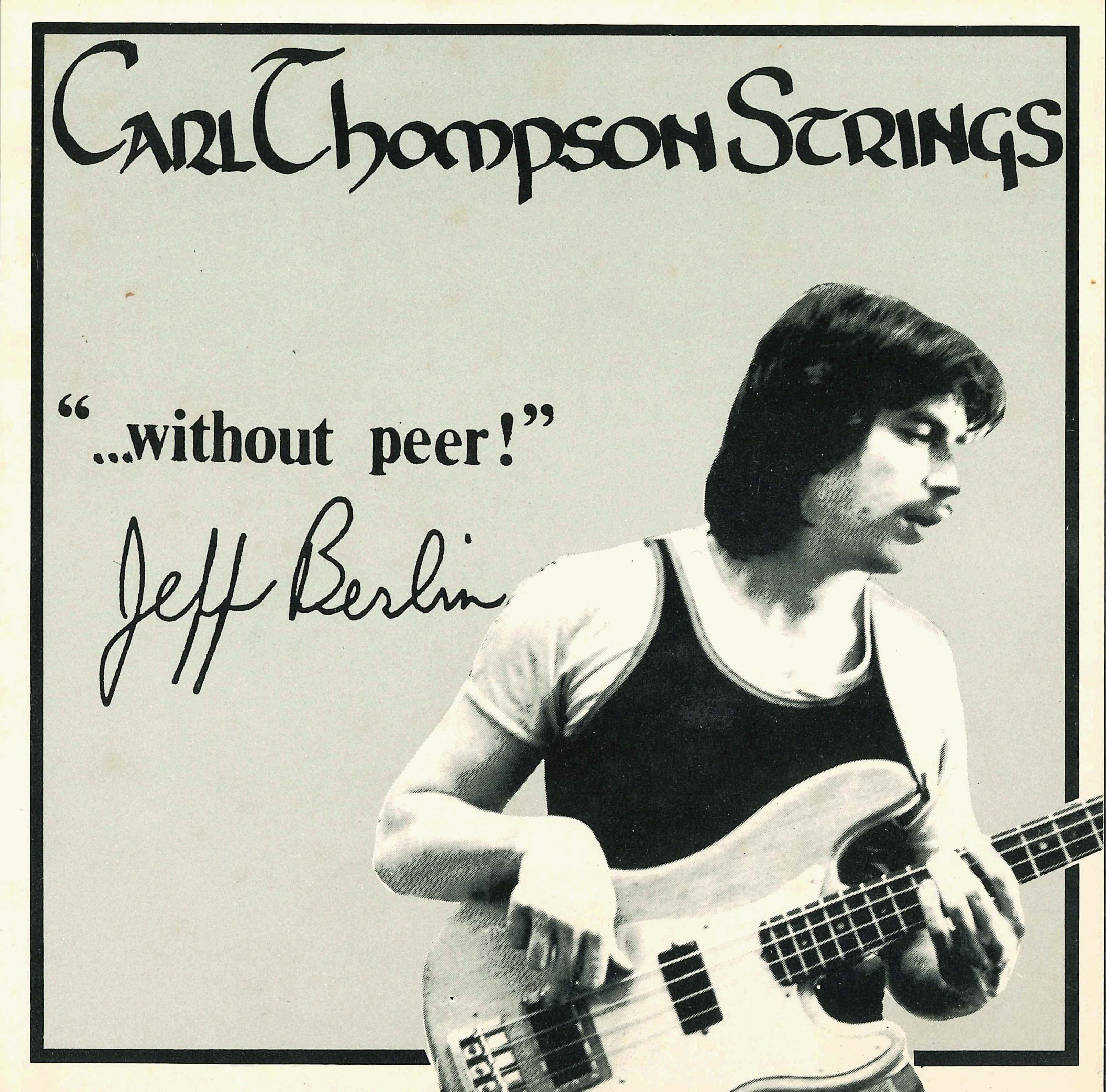 What kind of strings do you use?
Long-scale round-wounds made by Carl Thompson. They’re gauged .100, .085, .065, and .045, low to high. I’ve been using them for several years now. They’re without peer. For years I searched for the right strings – I used to mix my own sets with two of these, one of that, and one of the other. I did everything I could to get the sound. One day, a friend of mine, Steve Friedman, who owns Stuyvesant Music in New York, said, “Try these Carl Thompsons.” I did, and there they were! Boy, they’ve got life in them. And they sound so good when I play legato. I keep them on till they’re just too dull to handle – usually a couple of months.

Have you ever had problems with tendinitis?
No, although other people are having problems these days, because everyone’s playing so gosh-darn hard. I see people just slammin’ the bass. I turn my amps way up and let them do the work. Turn up louder, play lighter, and use lighter strings. I use Carl Thompson strings that are light – .040, .060, .080, .100. The best way to play is with the lease amount of pain and resistance.